British Vacuum Cleaner company Dyson, has announced entering into electric vehicle segment with the launch of its own EV by 2020.

The company founder James Dyson in a recent announcement to employees said, about 400 engineers are working with other teams on the project.

Dyson has been working on vehicle technology since 1990, when its engineers invented a way to trap diesel engine pollutants. In recent years, the company has increased its research and development efforts for electric vehicles.

Dyson in a statement said that the company will invest at least $2.6 billion in the project. He said he looks forward to offering the world “a solution to the world’s largest single environmental risk.”

Dyson said the company is all set to use all of its technologies to produce an electric car. He added, he has always believed that electrically-powered vehicles would help solve the world’s pollution problems. He further stated that this is why the company has developed battery technologies for many years.

The EVs produced by the company will not be using same kind of lithium ion batteries currently used in electric cars. Instead, Dyson said the company chose solid-state technology in an effort to make the batteries smaller and easier to charge. 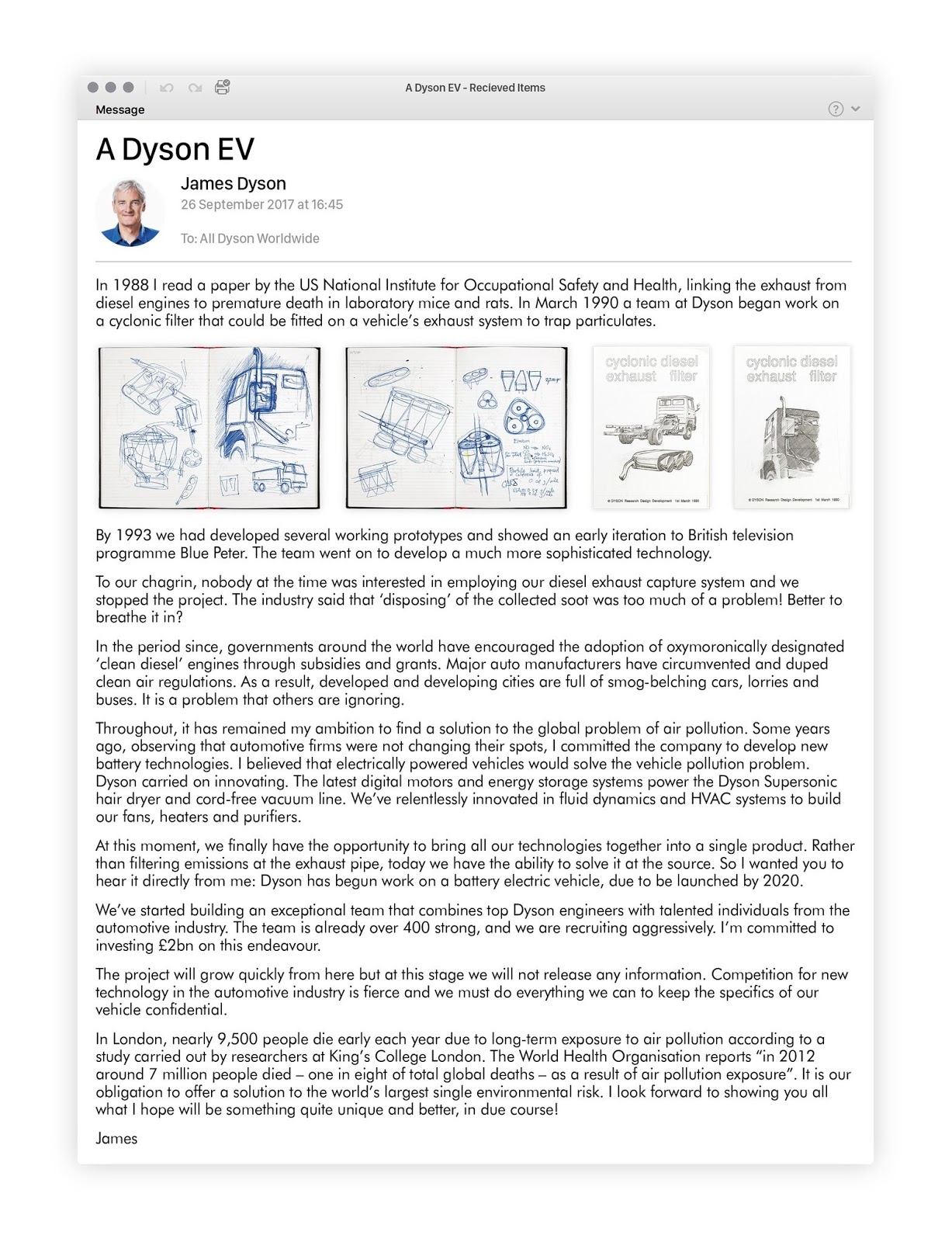